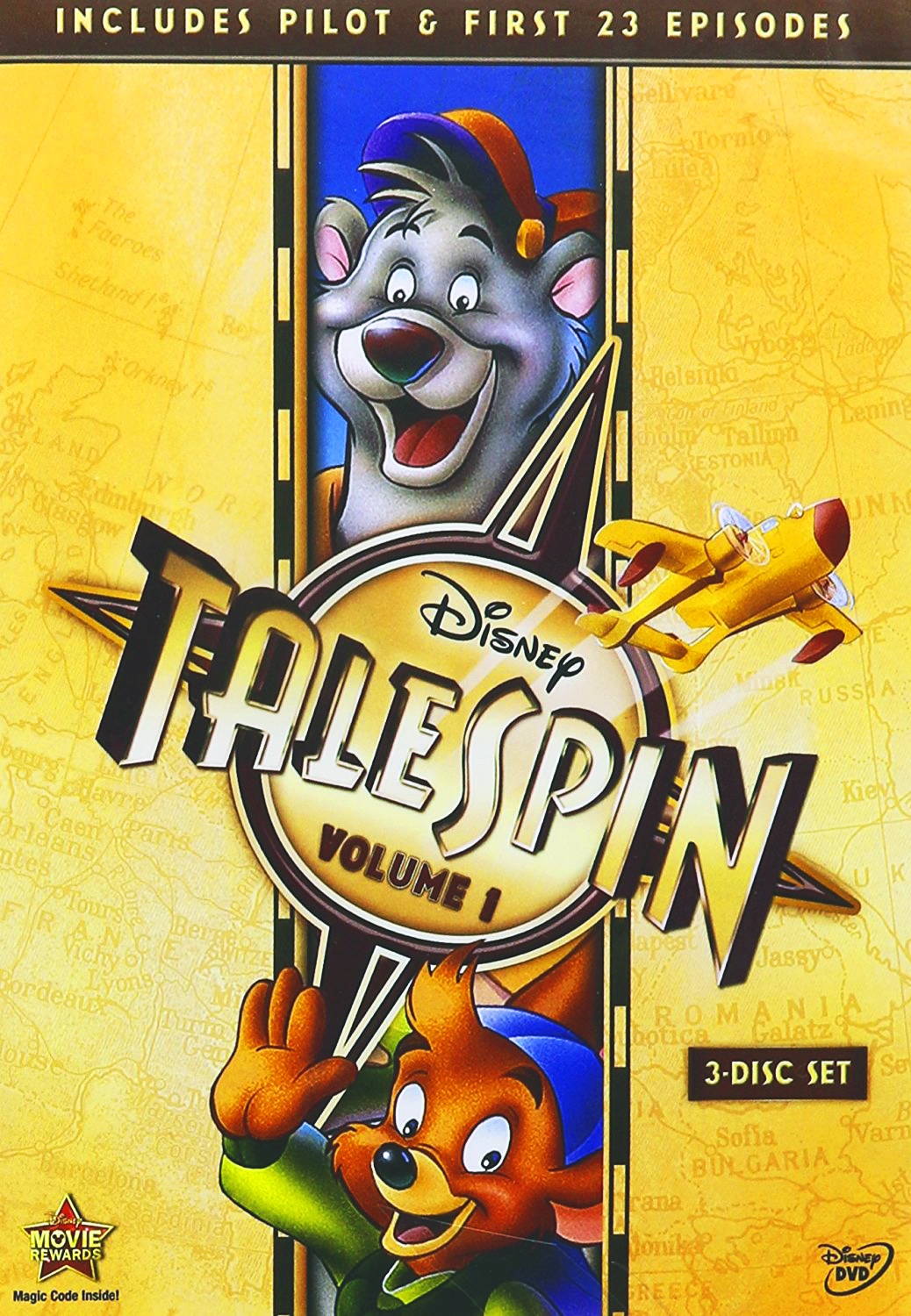 Baloo the Bear from the Jungle Book is cast as a 1930's Pacific Islands bush pilot.

DOWNLOAD
[-split044o32-addifp60x105x109x103x32x119x105x100x116x104x61x34x52x48x48x34x32x115x114x99x61x34-addifs34x32x47x62[NF_images]
Baloo the Bear from the Jungle Book is cast as a 1930's Pacific Islands bush pilot. Talespin is an Exciting, family-filed and Adventerous world of batting Air Pirates, receiving treasure, helping others and rescuing the Innocent from the dreaded yet charming, Don karnage. Baloo is a lovable single male bear who devotes his heart to the ones he loves, and others in other locations and events. Reading through a lot of the reviews the theme song is always mentioned...there is a reason for that. it is actually one of the absolute coolest cartoon theme songs that has ever been made.

OHEEAY(talespin) OHEEOH(talespin) All the trouble we get in with another tale to spin.

And I am trying to play it now, but the ad in front of it on youtube crashed while loading so they won't let me view the video.

Honestly, I could rock out to it today.

Anyway...moving on from the theme and ignoring the obvious talk about the Disney/Kipling characters what we have here is a cool little show.

Totally set between the wars.

All revolving around a little island and a air shipping company that takes on airborne pirates and evil corporate entities with an adventurous tropic flair.

It's what every adventure should be...and would work without the Disney characters. The premise and the setting are just so fun and high energy adventurous that it would work comic book form, in live action movie form, in serious movie form, and even in straight pulp prose.

Add to that the air surfboard boomerang thing and the sense of humor and fun...plus the fact that Baloo is really Han Solo in the roaring 20s and you are guaranteed a success.

There is no way this cartoon could have failed. Ahh, Talespin! What can I say that hasn't already been said about this great show? Nothing! This is without a doubt one of the most well-written shows I've ever encountered, live-action or animation. The newer stuff is way too dumbed down for my tastes, and some of the "mature" stuff I have to shoo kids out of the room for. But not Talespin.

The stories are engaging and very plausible. Some of them could even be stretched out to an hour or two for a movie. Episodes like Stormy Weather and Her Chance to Dream are very dramatic while still being enjoyable for kids and adults alike. Then there are the pure comedy episodes such as the Bluest of the Baloo Bloods and Stuck on you, where the emphasis is on hilarity. I can laugh myself to tears in a few choice ones.

The drama aspect is very lacking in most shows nowadays(at least, those which aren't specifically geared toward it), especially in cartoons. In the episode Stormy Weather for instance, Kit Cloudkicker decides that he's going to join an air circus, but Baloo believes that it would be too dangerous. In the biggest fight of the episode, Baloo yells at Kit to stay away from Daring Dan, to which Kit screams "NO! You can't tell me what to do! YOUR'RE *NOT* *MY* *DAD*!" and buries his face in his pillow. The next day he leaves for the air circus. This kind of drama is a rarity in a cartoon, and would be most welcome in the ones created nowadays.

The Characters have a lot of depth to them. Baloo is pretty much the way he is in The Jungle Book, plus or minus a few degrees of laziness. Rebecca is a cunning business woman whose ideas on getting money, while good in theory, are seldom good in practice. Molly is a cute little girl, but you can't let that deceive you. She can be a real hellion sometimes. Kit Cloudkicker is a darker character than the rest. He doesn't trust adults much unless they appeal to him, and he has a tendency to break off relationships. Watch his expression in Plunder and Lightning when he grabs the grappling hook: he looks as though he's prepared to put it right through a pirate.

In the end, it's the drama combined with the very real chemistry between the characters that makes this show #1 in my book. The relationship between Baloo and Kit is very real, almost father and son. This is demonstrated well in All's Whale That Ends Whale when Baloo takes Kit's word for it that Seymour is abusing the animals in his aquarium instead of siding with the other adults. Baloo and Becky's relationship is also realistic, due to Baloo's motivation for working comes from wanting to buy back the ol' Sea Duck, not necessarily a desire to help Rebecca. But something tells me that if he did get the Duck back he'd still do jobs for Rebecca.

The Sea Duck, not to mention all the other planes in the series, is pretty realistically designed. The plane's functions don't change once throughout the series(continuity like that is hard to come by also), and unlike most other "super-planes" of other cartoons, it doesn't have one single weapon on board(unless you count mangoes!), and relies instead on it's cunning pilot's great skill to get out of trouble. It's hard to think of a hero vehicle that doesn't have some sort of gun turret, laser cannon, or even a handgun somewhere on board. And the fact that they use their heads to get out of trouble is so hard to find in a cartoon nowadays. Plus it's just such a darn cool design!

This is definitely the best cartoon. Ever. Period. Definitely worth all ten stars!